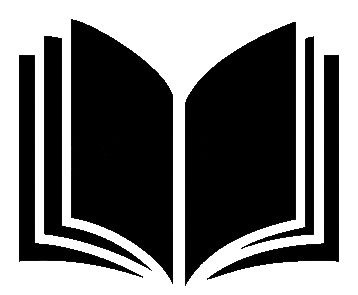 Published in the fourth issue of the Osaka-based Kamihikouki Magazine. This issue's theme was 'yorimichi' - a Japanese term with no direct English equivalent, meaning an unexpected break or diversion done on a whim, like stopping at a bar on the way home from work or bumping into a friend and getting coffee. In New Orleans, we don't have a word for this, which is odd, because it's our guiding principle. This piece marries the Japanese concept with the New Orleans lifestyle. Originally published as "Yorimichi New Orleans" in 2015.

The other day bikin' home from work I heard someone call my name and saw my pal Adam leanin' out his car window.

"Where ya headed? I'm meetin' some friends at The Fly! Wanna tag along?"

So I lock up my bike and jump in the car and we're breezin' along Magazine Street with the windows down when what do we see but a jazz funeral goin' down the road! And of course we park and join in 'cause you never pass up a jazz funeral. We dance with some strangers and ask 'em who died ("I got no idea!" someone says) and the procession brass bands its way to the cemetery 'til it happens to pass a crawfish boil.

"Plenty enough for all y'all!" the cook shouts, his face as red as the crawfish he's boilin'.

Plenty of crawfish, sure, and damn if they ain't good (it's crawfish season, after all), but in no time we're cold outta beer. I offer to pitch in for a beer run and the girl makin' the run asks if I'd like to go with, keep her company, and she's got a rich-as-molasses drawl and a cute little smirk (and I done already lost Adam) so I figure why not, and with a shrug I end up in her El Camino cruisin' to the liquor store. But darn it if we don't fall desperately in love on our way there, and we reckon won't take but a minute to get hitched, they'll hardly miss us, so we stop off at St. Mary's for a quick ceremony but, well, you gotta have a second line after your weddin'.

Only we ain't got a band. I rush off -- "I'll be back before you can say Tchoupitoulas, dawlin'!" -- to hire the Rebirth Brass Band (only the best for my baby), but when I track 'em down I find out they're about to take off on tour. And not just that, but one of the fellas on trumpet ate some bad oysters and ain't fit to play and they can't find no one to cover for him. Talk about langiappe! I tells 'em I can play a note or two, so I hop on the bus and we make our way up Highway 61 gunnin' for Memphis 'til I catch sight of a billboard advertisin' WORLD'S LARGEST REPLICA OF THE TAJ MAHAL MADE ENTIRELY OF TOOTHPICKS so obviously I made them stop to see that.

But honest? Didn't impress me, it wasn't but the size of a shotgun house, and I start to figure I can make one bigger so I hitch a ride to the nearest toothpick factory. But once I get started I realize I'm gonna need to see the real McCoy if I'm gonna do it justice so I book a flight -- cost me a helluva lot to ship 10 million toothpicks ahead to India, but a man's gotta do what he sets his mind to.

Which is why I had to hijack that plane, 'cause it occurred to me I ain't ever hijacked a plane nor gone to Antarctica to pet a penguin, and why not make two gumbos with one roux? So here I am pettin' a penguin and they got a hundred people waitin' to get to India and the airport at Delhi's got two cargo planes chock full of toothpicks they don't know what to do with and the Rebirth Brass Band's scramblin' to find a fella who plays horn and my wife is waitin' at the altar to consummate our marriage and the folks at the crawfish boil are gettin' real thirsty and the corpse they was gonna bury is startin' to turn and our friends at The Fly just about gave up on me and Adam and my ‘tit cher Toulouse is alone at home wonderin' who it is gonna clean out her litter box. But me and dis penguin, we's peachy-keen.